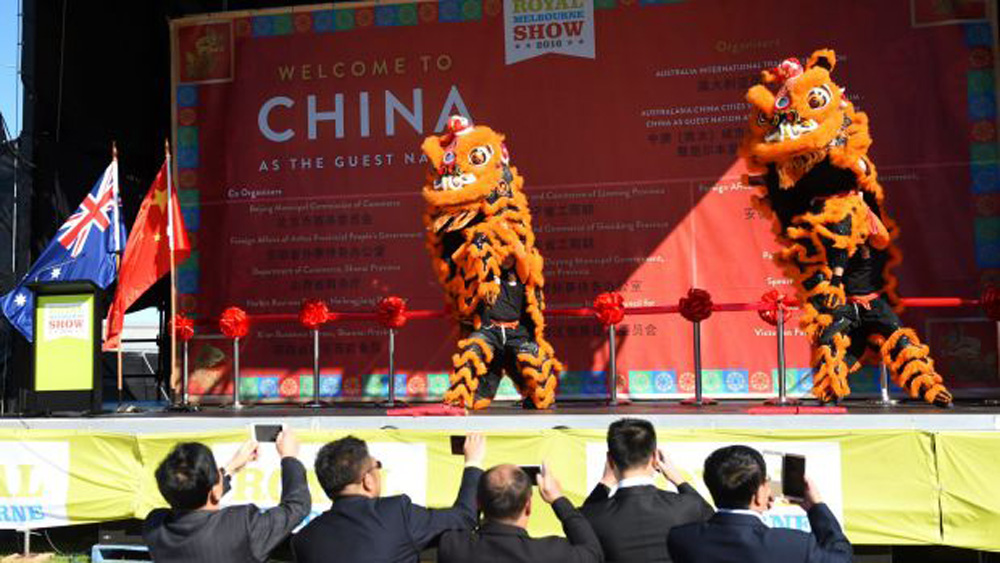 Several of our large bows, in a long custom ribbon, made an entrance at The Royal Melbourne Show.

Bang, Bang! Crash! the noise of drums and symbols fills the air. Pop, PoP, POP! crackers firing puncture the gaps in noise as the drums pause. A Chinese Lion springs to life.. Darting firstly skyward then left then right. Another Orange and Red blur springs on to the stage.

In what is believed to be a first for the Royal Melbourne Show, a whole pavilion has been dedicated to showcasing another nation.

Well-dressed dignitaries watched on, while nearby a few cows grazed quietly by large hay bales, as old friends and new stood with the Chinese Dragons as the ribbon was cut to launch the start of a new facet of the Royal Melbourne Show.

The ribbon which was formed by combining a collection of our lacquered Aspire Bows looked fantastic with the red of the background, and orange of the Chinese Lions.

Mark O'Sullivan, chief executive officer of the Royal Agricultural Society of Victoria said "It's the most significant international exhibition to be held at the Royal Melbourne Show, and I think the magnitude of it is really a first."

We here at Bowzz are honoured to be a part of such a milestone event. 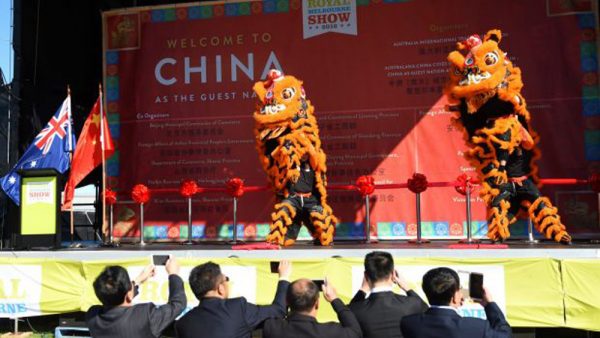 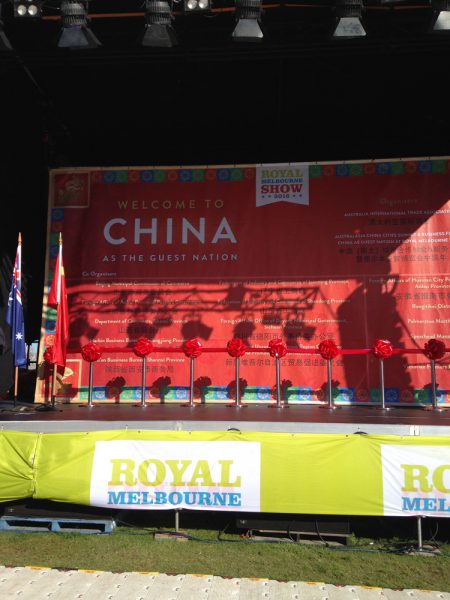 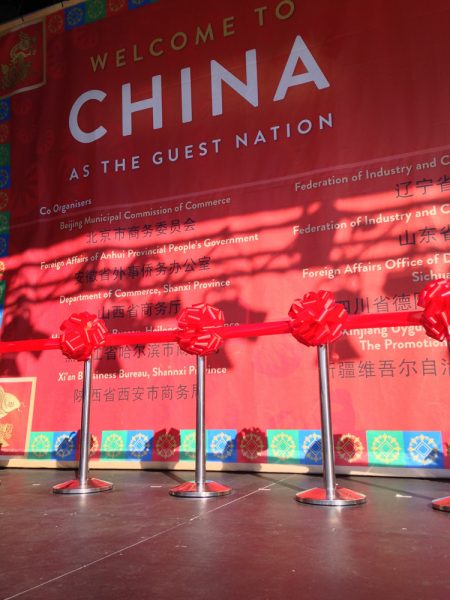 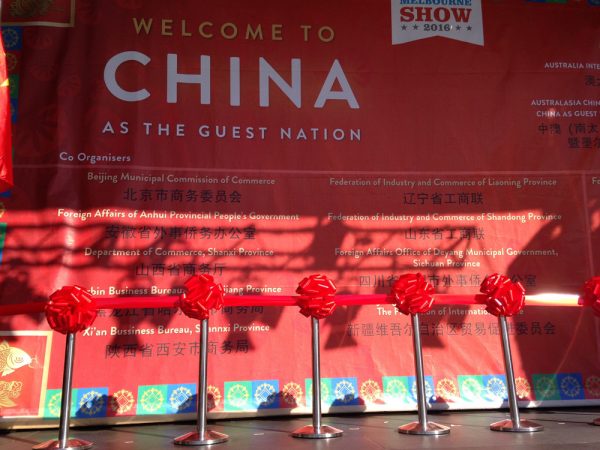